The Grateful Patient Project was founded in 2017 by former NFL kicker and Man of the Year Rolf Benirschke, who was inspired to create the organization as an expression of gratitude to those who supported him through years of medical challenges.

Rolf’s third season with the San Diego Chargers was cut short in 1978 when he collapsed from battling ulcerative colitis. He required two emergency surgeries within six days. And he spent almost six weeks in the intensive care unit fighting for his life. He survived and, even more remarkably, returned to play seven more seasons with the San Diego Chargers, becoming the first NFL player ever to wear an ostomy appliance.

Rolf came through the ordeal “committed to spending my life advocating on behalf of patients.”  He has since dedicated his time to patient advocacy and to supporting the research and innovation that leads to new medical treatments. 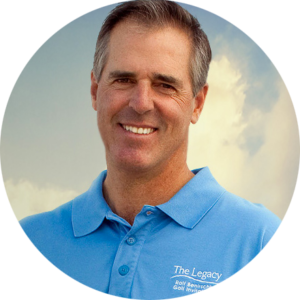 Invite Rolf to share his story with your group